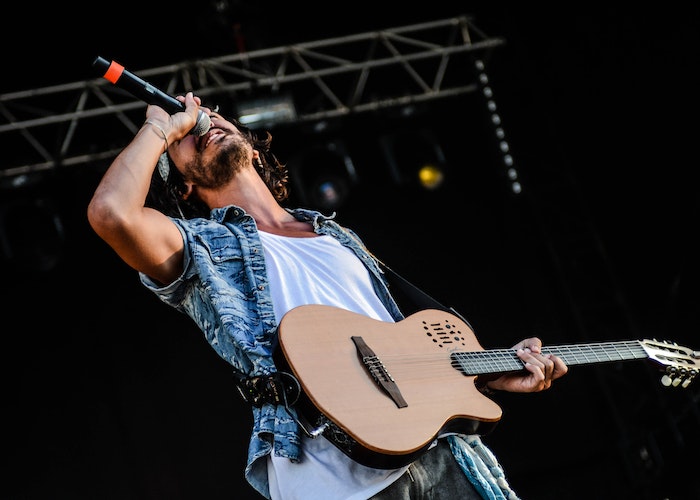 Often, when celebrities and substance use appear in the news, it is because they have over-indulged and exhibited embarrassing or dangerous behavior. But a number of celebrities have sworn off alcohol and other drugs. Their reasons for doing so are various but often related to maintaining their careers, health, and relationships. While celebrities’ lives have, in the end, very little to do with our own, their experiences can still offer inspiration and hope to stay sober.

In the late 1980s, the loved ones of internationally renowned author Stephen King held an intervention to address his substance abuse, and that is when he began his recovery journey. The author has used his knowledge of addiction and recovery in his books and talked about his recovery journey in a 2013 interview with The Guardian. He now has over 30 years of sobriety under his belt, from alcohol and a variety of illegal substances.

The rapper and new mom explained on Twitter in April 2022 that she used to like smoking marijuana and was happy when she did so but has chosen to leave that life behind her and is happy with that outcome in this stage of her life.

It is widely known that actress/director/talk show host Drew Barrymore struggled with addiction before she was even old enough to attend high school and that she has been in recovery from hard drugs for decades. Cosmopolitan Magazine recently shared that Barrymore also gave up alcohol in recent years but chose not to make this fact public until she had been successful in staying sober for two years.

The actor who became famous for portraying the title character in the Harry Potter movie franchise has disclosed that when the movies were wrapping up and for a while after, he drank out of anxiety about what he would do next with his life. While Cosmo quoted him as saying that it felt weird to be giving up alcohol at such a young age, he reportedly has no regrets about the decision anymore.

The rapper has been very open about the fact that he struggled with addiction to alcohol and other drugs and that he made the very difficult decision to put his career on hold for a while in order to focus on his sobriety. He first got sober in 2008.

The actress, dancer, and model has indicated that she was once a functioning alcoholic who drank seven days a week, but she has been sober for several years now. She was open about the fact that she had a short relapse during Covid but is now back on track.

While he struggled with a variety of substances in the 1970s and 1980s, Samuel L. Jackson chose to get clean because he realized his acting career would require it. He has stated that he is a better actor for his recovery because he is better able to dive into the characters he portrays.

The actress chose to give up drinking when she became a parent, not because she considered herself an alcoholic, but because she feels hangovers and parenting don’t mix. She has said that she is able to be a more present mom by being sober.

While the performer did not initially choose to give up alcohol or marijuana upon starting their recovery journey, they state that they have now given those up in addition to harder drugs, as they feel that is the only way to truly be in recovery.

The 76-year-old actor, who has nearly 400 acting credits to his name, told Men’s Health he has been sober for 54 years. He started using marijuana at age 8, alcohol at 12, and heroin as a teenager. He got sober at age 15, well before any of his children were born.

The model and actress told Vogue that she struggled with alcoholism for about 17 years before getting sober with the help of AA. She stated that she wanted to have a calm life and she was done with partying.

What these brief sketches reveal is that everyone is susceptible to addiction, and everyone has their own way of overcoming it. Not famous? Not to worry. Recovery is possible for you, too. If you need help starting your sober life, Safe Harbor Recovery Center is here to help.

Looking for a treatment center in Portsmouth, Virginia? For more information about programs at Safe Harbor Recovery Center, contact us at (888) 932-2304. We are ready to help you make a new beginning.