How to Talk to Your Child About Underage Drinking 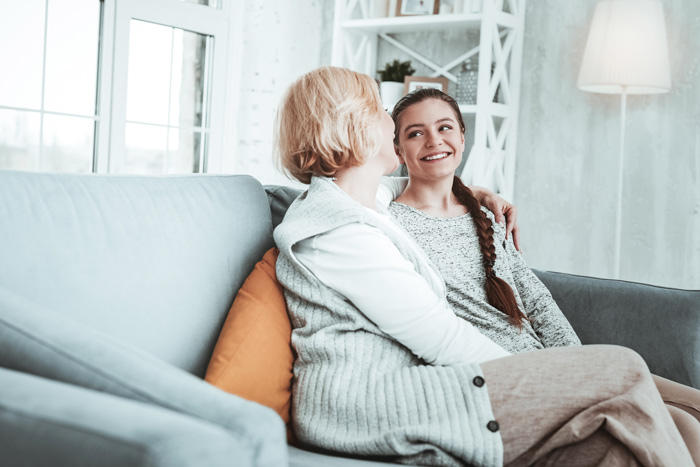 According to the office of the Surgeon General, nearly 10.8 million young people, ages 12-20, engage in underage drinking, with up to 45 percent of 12th graders reporting that they have drank alcohol in the past month. In fact, more young people drink than smoke tobacco or use illegal drugs. The most common age at which a person starts drinking is 13-14 years old.

If it’s so common for young people to drink, one might assume that underage alcohol use isn’t anything to be too concerned about. In fact, the younger a person is when they start drinking, the higher the chances are that they will eventually develop an alcohol dependency.

The Surgeon General’s office reports that young people are also more likely than their elders to binge drink. Binge drinking can be especially hard on the developing brains of adolescents and increases the risk of poor decision-making, both while under the influence and long-term.

Alcohol claims the lives of about 5,000 adolescents per year. In fact, alcohol is a leading factor in all three of the leading causes of teen deaths (automotive accidents, homicide and suicide), according to DoSomething.org.

Alcohol increases the risk of young people being physically or sexually assaulted or assaulting someone else, and nearly 200,000 emergency room visits per year result from underage drinking. The cost of underage drinking to our economy is estimated to be around $24 billion per year.

According to the Surgeon General report, a person’s decision to drink underage is most influenced by the following:

What Is a Parent to Do?

Young people take their cues about alcohol and other drugs from the groups above. Parents can help ensure that their children are surrounded by peers and adults who are good influences. Parents can also talk to their children about the dangers of underage drinking listed above.

The Mayo Clinic offers some suggestions for how parents can talk to their teens about underage drinking. First and foremost, parents should ask questions and listen to the answers. Create an environment where teens feel safe to talk freely.

Talking honestly with your children and brainstorming ways to handle social situations and peer pressure can help teenagers feel more confident in their ability to know what they want and to resist pressure to drink underage.

What If My Teen Already Has a Drinking Problem?

First, educate yourself. Make sure you have a clear understanding of alcohol use disorder and underlying causes of the condition. If you have reason to believe that your child is engaging in problem drinking, address the problem right away. You do not want to send your child off to college, where binge drinking can be a huge issue, until they are healthy and stable. You can reach out to your child’s doctor or to a counselor who specializes in substance abuse to determine what steps to take next.

Safe Harbor Recovery Center also employs dedicated recovery professionals who can guide you through the process of determining what your child needs in order to get back on track.

For more information about programs at Safe Harbor Recovery Center, Portsmouth, VA alcohol addiction rehab, contact us at (888) 932-2304. We are ready to help you make a new beginning.