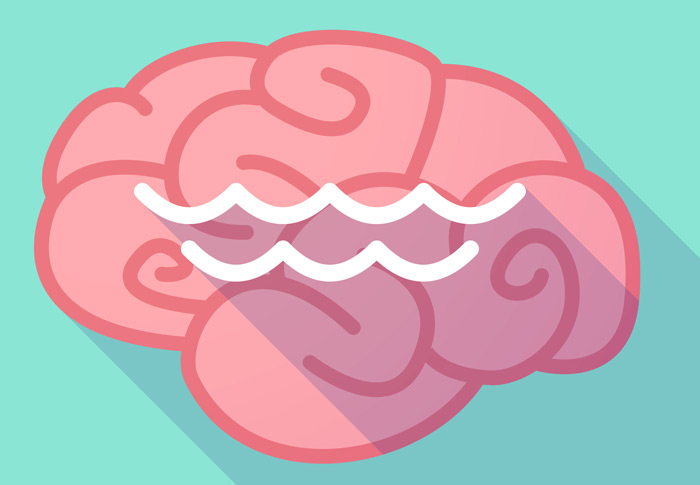 Wernicke-Korsakoff syndrome, which is sometimes also known as wet brain syndrome, is a form of dementia which results from vitamin B1 (also known as Thiamine) deficiency. It affects heavy drinkers and many other people who suffer from malnutrition. Without prompt treatment, the condition is degenerative in nature and irreversible.

Wernicke-Korsakoff syndrome is rare, occurring in 1-2 percent of the population, most often in people between the ages of 30-70. It causes death in 20% of those who suffer from it.

It is a combination of two separate diagnoses that are often seen together. The first of these two conditions is Wernicke’s encephalopathy, which is an acute, life-threatening illness marked by symptoms including confusion, clumsiness, and involuntary eye movements.

The second stage of this disease is Korsakoff syndrome, which develops as a chronic condition if intervention during the acute stage is absent or unsuccessful. While Korsakoff syndrome can exist without there first being Wernicke’s encephalopathy, the two are generally seen together. This syndrome is characterized by memory loss. People who suffer from it may tend to fabricate details they cannot remember without knowingly or intentionally lying.

Wernicke-Korsakoff syndrome is most commonly seen in those who have been addicted to alcohol for a long time and who are poorly nourished. Alcoholics are especially at risk if their drinking has been heavy for more than 10 years, if they have been through withdrawal previously, and if they are undergoing delirium tremens (DTs).

Other conditions that have been linked to Wernicke-Korsakoff syndrome are those that also lead to malnutrition:

According to the Alzheimer’s Association, diagnosis of Wernicke-Korsakoff syndrome can be tricky as there is no laboratory test or imaging procedure that can confirm it. Instead, a physician has to diagnose it based on their best professional judgment. It is believed that sometimes the condition is missed because doctors assume that the patient (especially those with a history of alcoholism) is simply drunk or in withdrawal or has a head injury or infection.

If a doctors suspects a patient has wet brain syndrome, they will likely perform:

While the syndrome is treatable in its earliest stages, delayed treatment greatly lowers the chance of complete recovery, especially in the areas of memory and cognition. Treatment for wet brain syndrome generally involves hospitalization and intravenous thiamine injections along with permanent lifestyle changes: an improved diet and abstinence from alcohol.

A Diet that Fights Wet Brain

Because Wernicke-Korsakoff Syndrome is caused by a nutritional deficiency, it is of critical importance that people who have managed to reverse it in its early stages implement a diet plan. Foods that contain a large amount of this vitamin include:

What Loved Ones Can Do to Help

If you have a friend or family member who might be suffering from wet brain syndrome, remember that it is a form of dementia. Therefore, your loved one may not be fully able to control their symptoms, such as inventing details for things they cannot remember. In addition, it may not be safe to leave the person alone if they display lack of coordination and memory issues. To help, you can place reminders around the house to help the person find things and keep them busy with physical and mental activities that they are still able to do.

If you or someone you love is addicted to alcohol, Safe Harbor Recovery Center in Portsmouth, VA, is here to help. Our team provides 24/7 care and can help you restore your physical health and mental well-being. Contact us today to speak with one of our compassionate admissions counselors.

Are you looking for a Portsmouth, VA co-occurring disorder treatment center? For more information about programs at Safe Harbor Recovery Center, contact us at (888) 932-2304. We are ready to help you make a new beginning.